Got a message from Phil yesterday & he was keen to get some shots at the Bel Air dirt jumps for his sponsor BMX Direct. Bel Air is in Somerset West & is a great spot for shots at any time of the day, but I was keen to get some late afternoon shots & have the sunset colours in the BG. The sun sets right in front of the main jumps landing, so we had to wait until it had set properly so Phil didn't get blinded by it.

I went to pick Koos up after work & the light was disappearing fast so we missioned as fast as possible to the jumps & got there just before it was completely dark. The jumps are under huge pine trees so it gets dark really quickly there. Phil had a few tricks in mind & there was hardly time to do them all with the light just about gone. I set up as fast as I could & had a warm up shot or 2 of him just getting some air & then it was down to business. 3 tricks needed to be done & shot in a matter of minutes & 1st was a 360 X-up... laced 1st try, I'm stoked I got the timing right, because looking through the viewfinder I couldn't see him against the trees at all, but could hear the bike whizzing through the air & clicked as he reached the peak of the jump & that was it. Next was just a nice big whip & 3 goes gave us 2 shots because one of my flashes didn't fire on the one shot for some strange reason.... then Sam & Henri came just in time for the last trick & by that time Phil couldn't see the landing at all. This was the trick Phil was after & has been getting them dialed in good & proper the last few weeks & it definitely paid off. 1st back flip he laced, but I cut his wheels on the top edge of the frame, coz I wasn't looking through the viewfinder & didn't aim high enough so he had to give it another go for me... I was a bit miffed that I missed it because it was dark & he made it 1st try & knew it would be difficult to do it again under these conditions. 2nd go I made sure I was going to get him in the shot & moved back a little, he laced it again & this time I got the timing even better than the 1st so was stoked!

Some pics from the shoot. 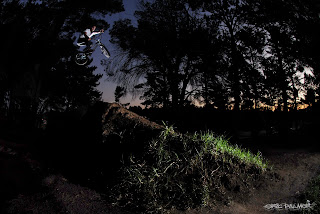 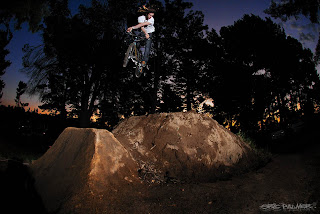 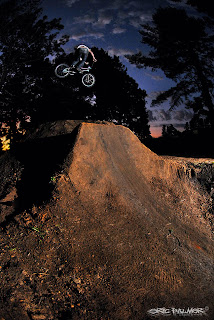 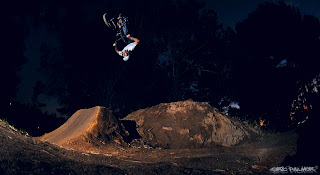 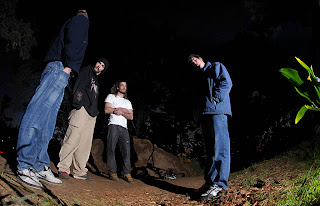