Sundaze in the Scumm

Haven't posted anything in a while & thought I needed an update or 2...


I have been trying to shoot as little as possible in the last lil while coz I have thousands of photo's in my "To Do" folder & needed to catch up on those a little. So I've limited myself to Sunday skate sessions in Sommerset West & Strand.

Sunday the 3rd I got a ring from Sam Clark & he was rolling at the rink in the scumm & I went through to shoot the plankers on that side with him. After a lil warm up at the rink we moved on to HHH where Matt & Andrew hit a lil down rail (check Sam's blog for what went down there). I have had some bad experiances with school "breakins" & wasn't too keen to jump the fence just for a shot & thought I'd leave that one to Sam. After some serious determination on Andrew's part he got a sick K & landed on some sketchy boards & Matt got a nice feeble.

From there we went to a bench at the Strand Library that Keiran (A.K.A The Rat) had his eye on & was quite late so the light was getting really nice & the spot is pretty photogenic, so I was amped to get some shots.


There was a light near the bench & it was casting a shadow right over the middle of it, so had to shoot him right on the ends not to have a black line over him, but managed ok & that was about the worst of the worries, until I started to shoot with the sun with the 10.5mm. Then I had my own shadow to deal with... so crouched super low so my shadow stayed under the bench & stuck my arm out with the cam & thumb on the shutter... it worked pretty well & kinda dig my shadow on the floor in a few of them. Unless you know what it's from you cant really make it out & is not too distracting.

After that Sam was keen to do some tricks of his own & pretty quickly we had another shoot on the go with us just messing around... that took us to dark & ended our Sunday session. 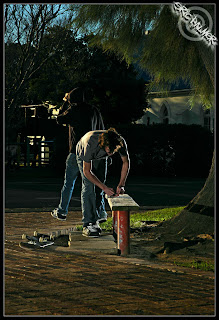 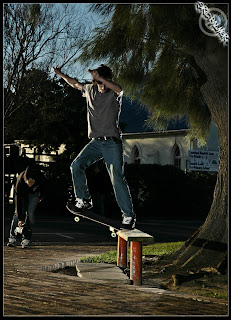 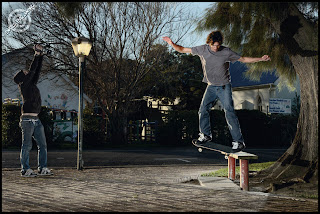 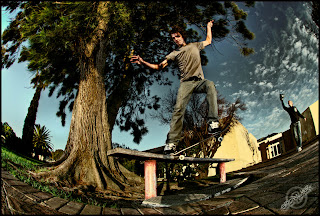 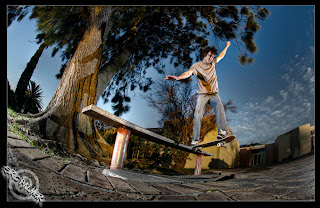 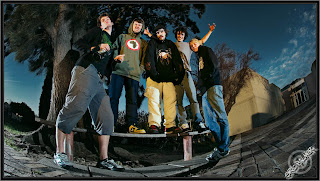 Most of the crew- Sam, Gregg, Koos, Keiran & Andrew 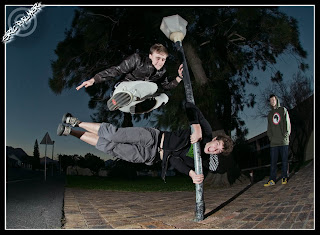 Sam & Berg pulling off some circus stunts... took them quite a while to get the coordination for this one. 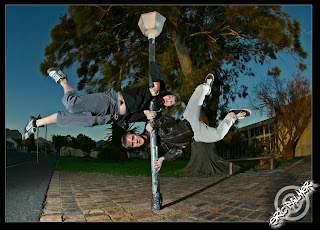 Some more of Sam & Berg fooling around 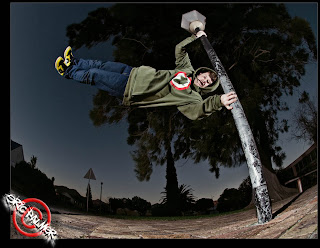 Gregg showing us his power moves

Last Sunday (the 10th) I felt to go for a roll myself again & have been neglecting my skates way too much, so went to go pick Koos up & we were off to Gants Center between Strand & the Scumm. I wasn't that keen for rails or anything like that, just wanted to find a lil something nice to skate & was hoping to find something I could get a bit creative on, but after driving around in Gants for a while the best thing I found was a hump to launch & just felt like skating something so we decided to check it out. The run up had a bit of a loose gravel on the road & then the brick run up was pretty short, but not too much of a problem & was managing ok, so got the cam out & started to look for a good angle or 2 & found that this spot was damn tricky to get what I was hoping for. Got 1 straight on shot just to show the distance of the gap, but wasn't too keen on that angle & settled for a shot from right against the wall. I set the flashes up & showed Koos what I wanted & he was my trigger finger for the spot.

After a few more warm up goes & shots I was pretty keen to get a shot of a parallel grab & after struggling for a while I realised it was easier to do it switch coz of the way the hump was throwing me & once I realised that we got the shot I wanted in 3 or 4 goes & was done with that spot. 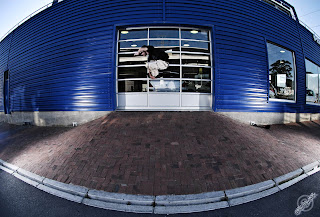 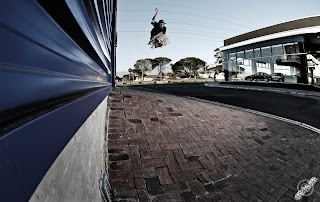 The ramp was next & just to roll, get a few shots, chill & get shot. As we pitched up AD did too, so was amped to have someone to shoot & talk shit to. Got a few shots of him & the other local kids riding & then it was over to Koos again coz I wanted to roll more. So was a nice happy go lucky shoot & left it pretty much up to him & just asked for a few specifics which he got perfectly.


Once we were pretty much done & it was really dark I got a few shots of AD on the dark ramp with the graph colours just coz it was looking nice & dramatic, blinding him a few times in the process... it started to get a bit chilly & with the ramp being metal it gets moisture on pretty quick & that is not so much fun & he slipped as he got to the coping & we decided to call it a day. 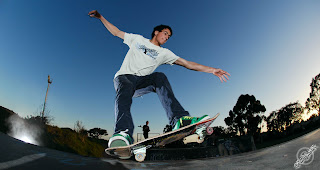 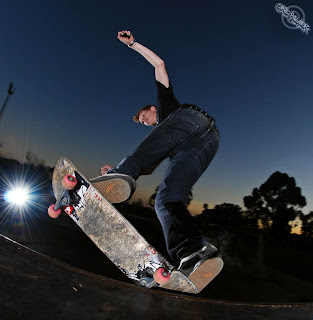 2 of the few I shot at the ramp 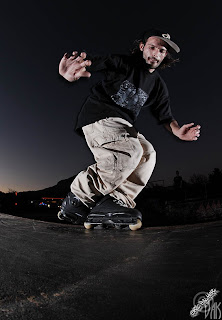 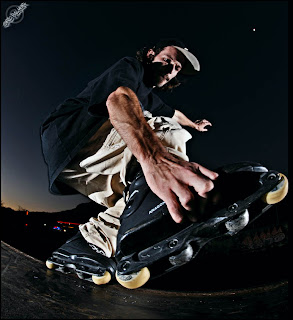 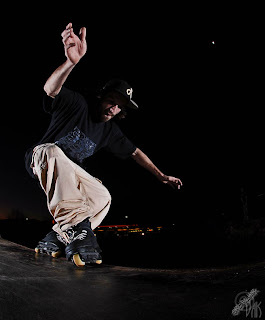 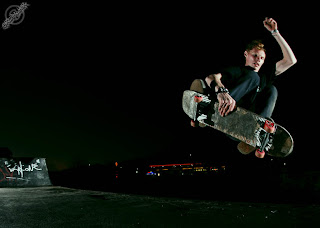 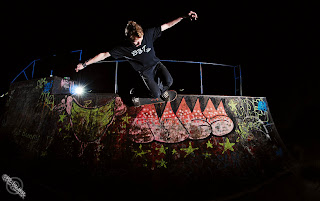 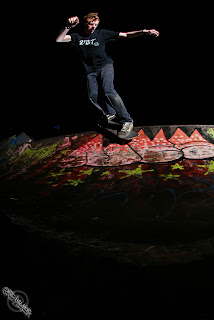 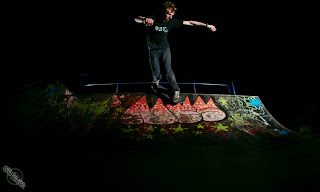 Thanks to Koos for shooting me, amped to have some shots of myself again. 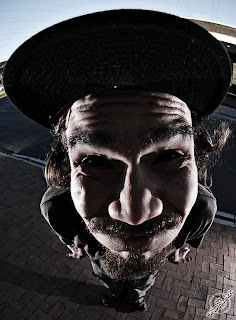